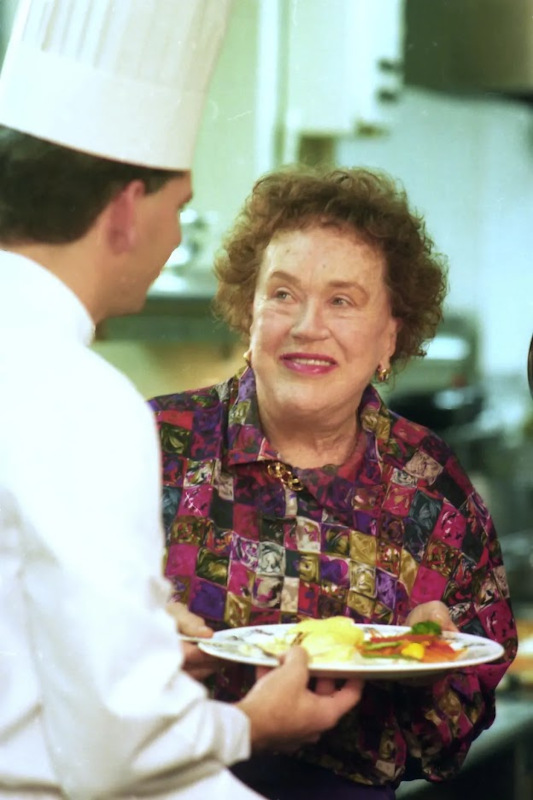 Chef Tom Hannum grew up in Wilmington-- going to Thomas McKean High School, and ultimately graduating from the renowned Culinary Institute of America in 1978. After graduation, Tom began working in the kitchens of the Hotel du Pont. Tom rose through the ranks, ultimately becoming Executive Chef in 1993.

Tom twice has been invited to be the guest chef at the prestigious James Beard House. On one of the his appearances, he was invited on the popular show “Chef on a Shoestring” on CBS’s Saturday Early Show.

At Hotel du Pont’s Brandywine Room, Tom had the distinct honor of cooking with legendary chef Julia Child while featured on Good Morning America. (When you run into Chef, ask him about outtakes and cuts with Julia… and Tim Conway & Tom Poston).

Tom has a number of accolades and duties—including being the Mid-Atlantic Conseillier Culinaire Provençal of the prestigious Chaine des Rotisseurs; an officer for the American Culinary Federation for 24 years and inducted into their National Honors Society; board member of Meals on Wheel of Delaware and the Delaware Restaurant Association; and recently, a mentor for Caesar Rodney High School’s ProStart program (and in 2022 winning the national championship).

In 2011, Chef took a short-lived retirement from the Hotel du Pont. In 2012, Coley du Pont reached out to him about reopening Buckley’s Tavern. Chef couldn’t say no to his secretly preferred cuisine—elegant comfort food— and decided to head the helm. Over the course of a year, stud and stool, the restaurant was rebuilt.

Tom, Vance, and Coley invite you to come enjoy our refuge of quality food and beverage. We hope you enjoy your time here with us.